A little culture in North Carolina

What a nice museum! I was absolutely amazed at the collection they presented 50 paintings in all. I've never seen that many Monet paintings in one place outside of Paris. The presentation was very nice, the southern hospitality was lovely and over all a great afternoon.

The rest of the museum was interesting also very nice collection of European Art and the building is very modern and very spacious. There is a restaurant so one can have some green fried tomato sandwiches. It is the south so the frying is obligatory. 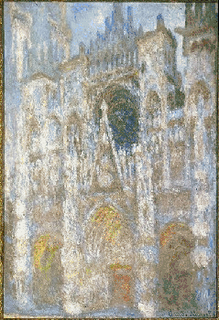 is the most important of these obsessions, both because it is the largest (thirty paintings in all) and because it is the only series in which all the pictures represent an identical motif. Here, the Gothic architecture is no longer a subject, but a motif and a pretext for the spectacular depiction of instantaneous impressions, an idea by which Monet was obsessed. The thick, crude brush-strokes suggest the texture of the stone as it literally traps the light which falls upon it.

I did learn something new the tin tube was invented by a man from South Carolina! John G. Rand invented the collapsible metal paint tube—and suddenly paint became portable. Now the impressionists could leave the studio and academic painting behind. 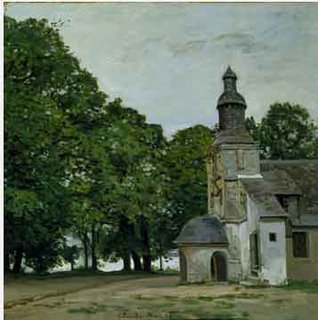 This great invention changed the art scene combined with new pigments invented the change was revolutionary. Before this the painters were trapped inside because the paint was not portable and it was very difficult to get all the paints outside. After the tin tube they became mobile and were able to go outside or any place they wanted to.

Who knew, I must have been sleeping while this lecture was happening in my art education.

Cool! I love museums. Didn't know that fact about paint tubes, either.

I love paintings, I don't know good from bad just what appeals to me, but there is nothing nicer than looking at them :)

I suppose the painters couldn't have taken huge big paint tins (or whatever the paint was originally kept in) outside! Just never thought of it before.