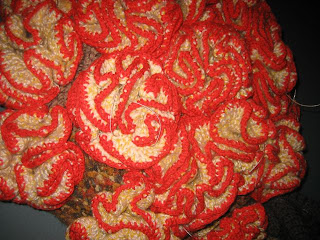 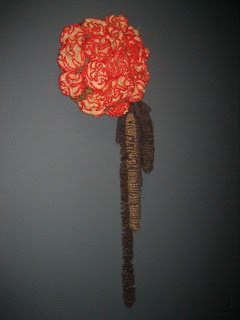 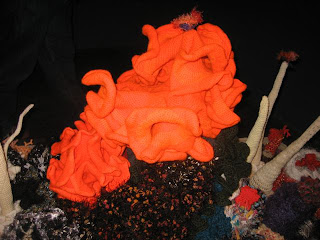 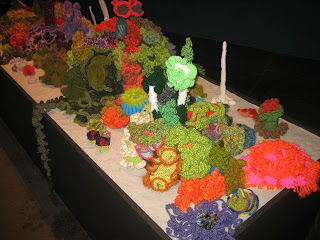 The crochet "hyperbolic" pieces were amazing! I've seen pictures of crochet coral reef before but never really knew what it was all about..... but the picture below is the one that disturbed me the most. OMG look at the trash! PLASTIC! The frustration is what can I do about it? 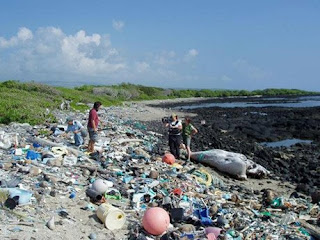 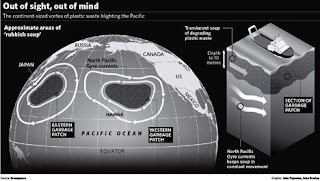 Do you see those two dark patches in the above picture? Those are huge Garbage Patches in the ocean full of plastic.

Located halfway between California and Hawaii lies the Pacific Ocean's Great Garbage Patch. Double the size of Texas, it consists of -- you guessed it -- trash. Mostly plastic which never disappears, it may change and degrade but it never disappears.

Twice the size of Texas? OMG What are we doing to our earth?

I joined Ellen and her friend to see an art exhibit given by FIG (the Institute for Figuring) "Hyperbolic Crochet Coral Reef" at Track 16 Gallery Curated by Margaret and Christine Wertheim, and they got serious about plastic trash. The exhibit is running from January 10 - February 28, 2009, if you are in the area it is worth seeing it was amazing. 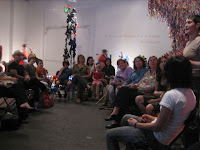 There was a great turn out and many people were interested in learning how to crochet especially the idea of recycling plastic trash bags and making something useful or artistic out of plastic trash. Many of the pieces used video or audio tape, shiny and black. 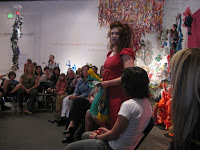 Margaret and Christine explained what hyperbolic shape was and how this project came about then down to cutting up and crocheting recycled plastic bags.

I posted a tutorial if you want to see how click here. It's a lot of fun and you get to have your own market bag made out of plastic bags or cut the strips smaller and make a purse.... endless possibilities you can even make a coral reef. 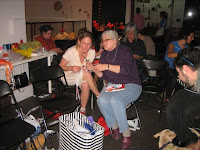 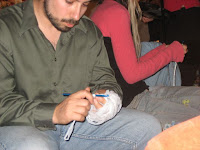 Here is my friend Holly teaching how to crochet and a young man who looks like his hand is all bandaged up but it was his "yarn" of plastic wrapped around his hand.

After a demonstration in how to crochet a hyperbolic piece from cut up trash bags they had a talk by Captain Charles Moore world expert on oceanic plastic trash. And it was not a pretty picture.

What is hyperbolic crochet? 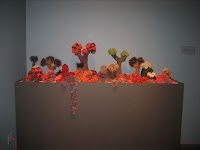 The hyperbolic crochet reef started in Australia, and has travelled around the U.S. gathering beautiful creatures, made by avid crocheters, where ever it goes. Now it has come to London and it is a wonder. Using bright and vivid colours such as oranges, reds and purples, every shape from the sea has been made: shells, coral , starfish and jellyfish. One whole set is made out of black and blue beading and shines in the light with golds and silvers.

What is it? It was the brainy idea of a mathematics researcher and crocheter who realized that she could recreate in crochet 3-D models of creatures such as corals, anemones, kelps, sponges and flatworms. They all have a unique shape known as hyperbolic geometric structures and these shapes can be crocheted so that one can "hold the theorems in their hand". The "reef" has been created as a statement about the impact of global warming on the coral reefs in The Great Barrier Reef in Australia and the world. When the microscopic organisms that make up coral become stressed by environmental factors such as rising water temperatures, they become bleached out. If conditions improve the colour comes back, if not they continue to decline. Over 3,000 sq. km. of reef are lost every year.
via: treehugger.com 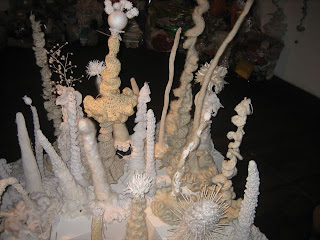 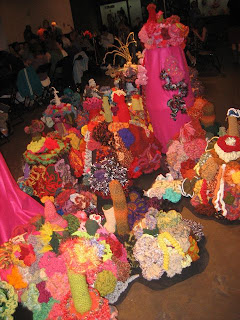 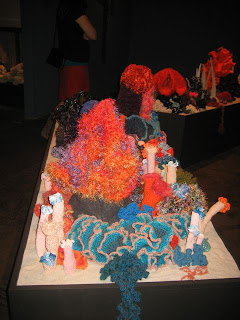 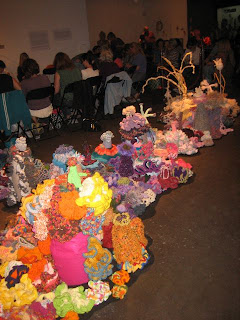 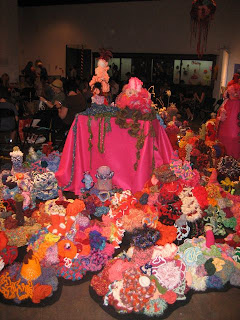 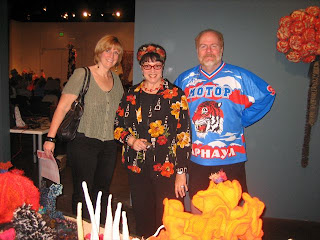 The beach we like to go to is in Malibu and it's a beautiful bay and amazingly pristine I seldom see trash just driftwood once in a while and very little plastic. We like this beach because we can let the dogs run free and they just love it. However this weekend we could not let them off leash because there was an Elephant Seal beached and dying in the sand.

The lifeguard advised us to stay away, elephant seals are the size of a car, 16 feet and weigh 6,000 pounds! And if it's suffering it could attack. Then the life guard went further and said that it may be dying because it ate plastic and they can't digest plastic! 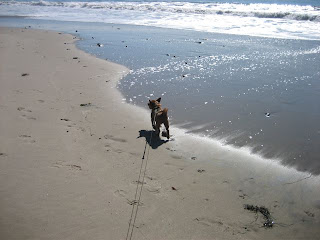 See the big gray lump in the center of the picture? That is the seal, this is as close as we could get safely. 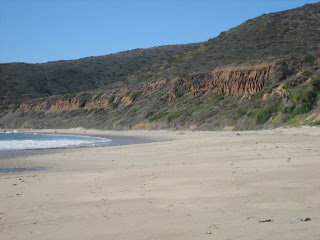 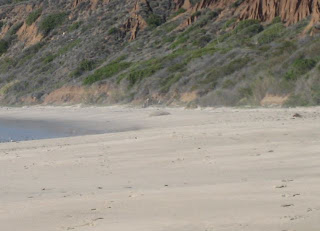