Just as I suspected. 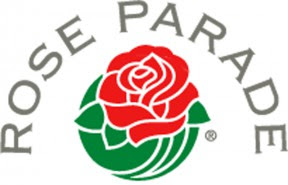 The Rose Parade was just not as exciting as it would have been if it was held on January 1st. I'm just saying and having a bit of a rant. I have since found out why, which this enquiring mind wanted to know. Because if the 1st falls on a Sunday it is not held so the good people could go to church and not be distracted with the parade. "Never on Sunday" protocol was instituted in 1893! I think it's time to change this policy! (If I ruled the world this would certainly change!) I want the Rose Parade on January 1st rain or shine. Of course we all know that it NEVER rains on the Rose Parade so that is why I would put in rain or shine.

According to one of the articles I read

sort of to do with religion, but perhaps not in the way you might first think. It's all very practical and logistical: The policy was put in place"to avoid frightening horses tethered outside local churches and thus interfering with worship services." And, to ensure there's no competition with the National Football League, the Rose Bowl game is also held over to January 2.

I have no idea how the parade looked because I did not watch it. Maybe this would be a good year to go down and look at the floats in person. After the parade they usually display the floats and I've always wanted to go see them and never got around to it. This is sort of on my "bucket list" along with going to get tickets one year and actually go to the Rose Parade. I figure by Wednesday everybody would have gone back to work and too busy to go look at floats so it would not be as crowded. Will let you know how it goes.