What a difference a dye makes 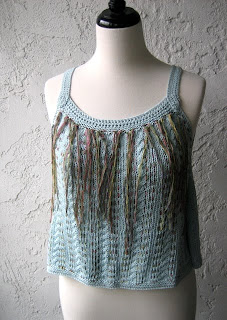 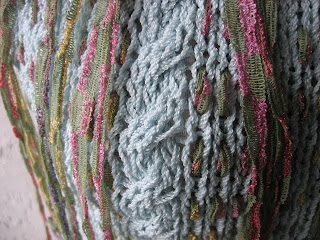 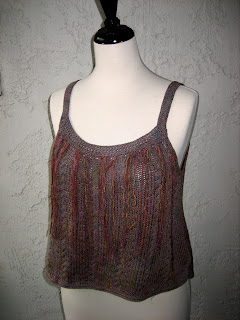 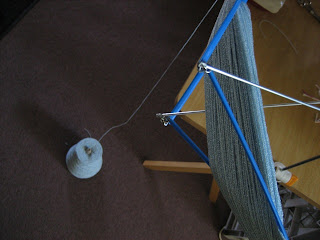 I am now busy "hanking" and playing with my "dye lots". So far it's just been fun "willy nilly tinting" but in order to make enough yarn to be enough for a project is another matter. For some of the sizes I knit, (ok my size) I need more than one hank of yarn. Now the challenge is to be able to make enough yarn for a sweater with the same sort of colors, in other words make the same dye lot.

I fell in love with my Winter Wonderland sweater and wore that thing till it almost fell off me and or till the weather will not permit wearing it. And I miss it so I decided to knit a summer version of the sweater in a similar colorway but a lighter weight yarn. 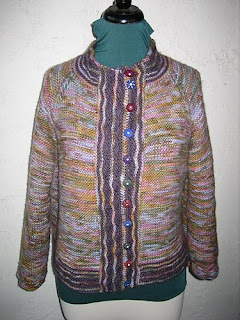 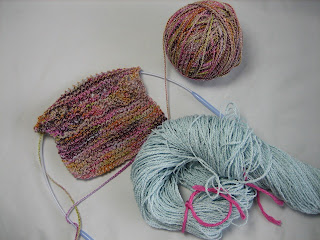 I still had more of the periwinkle or robins egg blue yarn left so I decided to tint it. The colors worked well, yes that is more like it. Now to have the time to tint the rest of the hanks and then to knit it all. I may not have time for anything else. 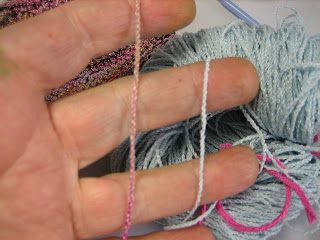 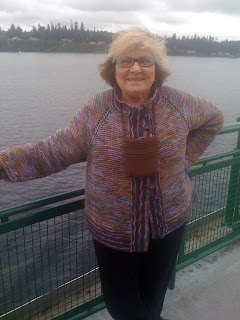 Here I am wearing my Winter Wonderland on my way to Port Ludlow, heading up to the Sock Camp organized by Stephanie Pearl-McPhee and Tina Newton. Tina is Blue Moon Fiber Arts-Socks That Rock- Sock Summit fame and one of her classes I took was dyeing yarn.

Let me at it I took to this like duck to water. I could have spent the whole time up there dyeing yarn. It was so much fun, not to talk about the beautiful scenery and all the knitting activities Stephanie and Tina dreamed up for us to do. I must confess I did not participate in all of the activities I wanted to relax a bit but what I participated in was a lot of fun. 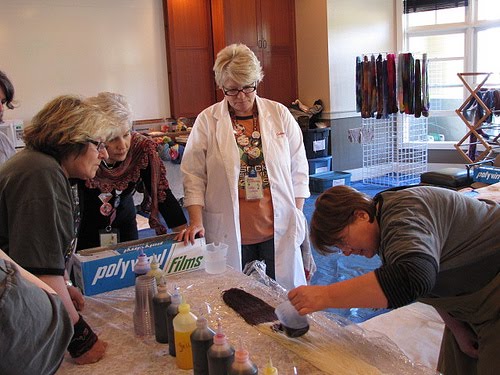 I am paying very close attention to this, here we are in class with "Cokeyed" looking on Tina demonstrating the technique.

The picture below is a picture I took in Portland at the Sock Summit 2009 with Stephanie, Meg Swansen, Barbara Walker & Tina. And they are doing it again in 2011 back in Portland, I have a feeling this time it will be HUGE. Who would believe that sock knitters from all over the world gather for a "Sock Summit" and I was one of them. I was told that they had 5,000 attendees and they expect to top that next year. And I will probably be one of them. 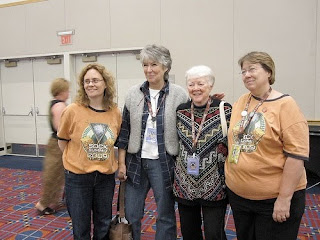 Here are some pictures from Port Ludlow earlier this year, just for fun. I needed a little mini vacation this morning so I ended up revisiting and got lost in the pictures and good memories. My good friend Leslie who was my roommate and driver in her super car that I love and some scenes of the hotel and the bay. 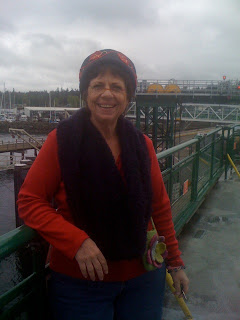 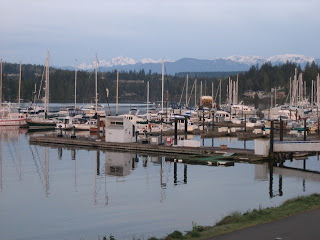 Hi Anna! Love your tank top, before and after! It was nice to see Port Ludlow photos too. Hope you are enjoying your summer....

I love your idea that you can take a mini-vacation just by looking at photographs of past fun times.
It looks like you had a wonderful sock summit!!
...makes me wish I knew how to knit!! :)