I'm exhausted from my vacation

Heads up: if you are not a knitter this post may have some "off the wall" remarks and knitting craziness.

The Sock Summit in Portland, Oregon was amazing! It was well organized, there were lots of wonderful people there, mostly women but a few brave men were there knitting too. We had tons of activities to choose from and the market place made my head spin. Yes pun intended.

On Friday lots of us gathered to break the Guinness World Record for the most people to knit at once in one place. The old record was 256 set last June in Australia. Pity their record did not last long. There were 1800 registrants for the Sock Summit and the official count for us was 936.

We had to knit on straight needles, no circulars or double points! Yes they checked your knitting at the door as they collected your registration tickets. There were official judges and it was all filmed and published in the local newspaper and shown on the local news channels. 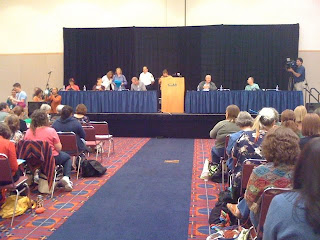 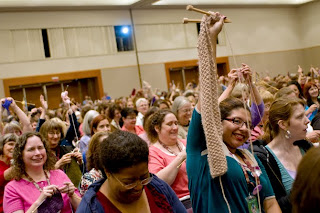 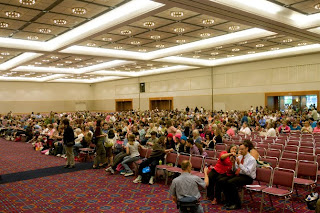 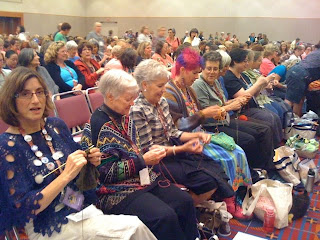 Yes even Barbara Walker took part in the mass knitting even, and Lucy Neatby sitting close by. Below is a close up of Barbara Walkers mature hands knitting. Around here she was our Rock Star. 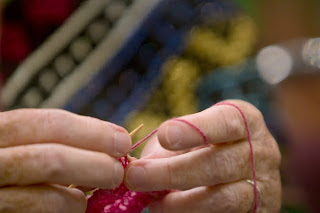 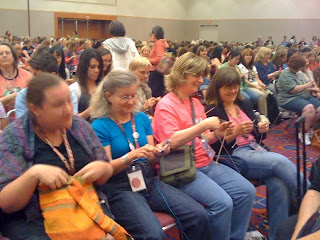 Cat Bordhi and Clara Parks gigling as they knit, because Cat hates straight needles she only knits on circular needles. 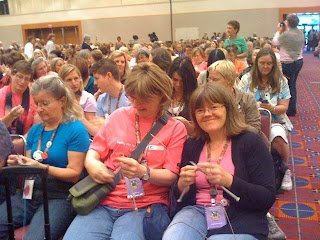 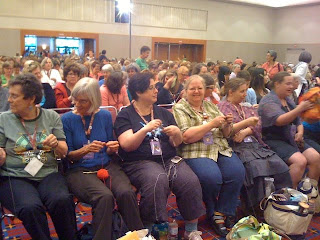 Amy Singer and Judy Becker, the same Judy who invented Judy's magic cast on made famous by Cat Bordhi and is now well known for her clever way of casting on if you are knitting socks toe up. 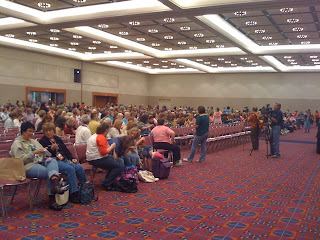 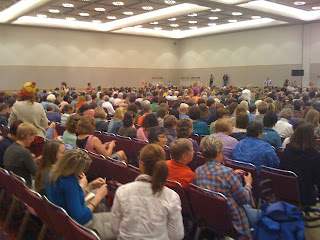 Judging from all the smiling faces, fun was had by all.
Posted by Ana Petrova at 8:07 AM

Excellent post! I need MORE pictures of yarn and socks, please. You were probably too busy participating to take many photos. Can't wait to hear all about your trip!