One of my friends suffered a stroke...

One of my oldest friends Devra shown below at a reunion lunch on the far right with the print loose blouse suffered a major stroke. We have known each other since high school. We are all very shook up and praying for her recovery.
Life is scary sometimes. 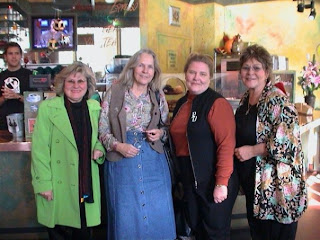 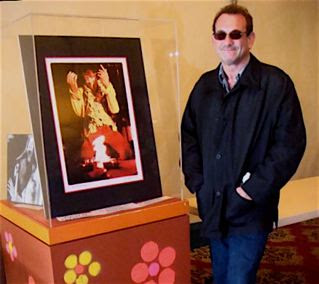 "It was recently the 40th anniversary of Monterey Pop, the California festival that brought artists such as Jimi Hendrix and Laura Nyro to the world’s attention. That’s where my dear friend Ed Caraeff, then 15 years old, took what Jann Wenner once called “the most famous rock ‘n roll photo ever” of Hendrix setting his guitar on fire.
Eddie, who went on to a successful photography career and is now an equally successful LA chef, was honored at the anniversary celebration for his work, and is shown here standing next to the photo display. Way to go, Eddie!"

Sorry to hear about Devra, Ana. I'll
be thinking positive thoughts for her.

I'm so sorry about your friend. It's always hard when our friends are hurting, isn't it?

I remember the picture of Hendrix. It's an amazing photo.

sending good thoughts for Devra, her family, and friends

That's so hard when something devastating happens to a close friend. Good thoughts going out for Devra's recovery.

Shortly after this post Devra died may she rest in peace. I still miss her, sometimes I reach for the phone to call her.