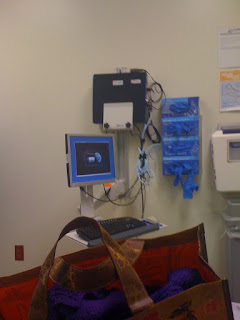 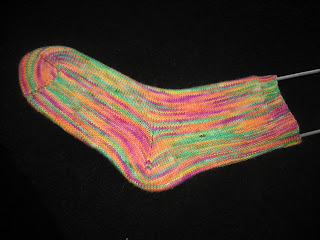 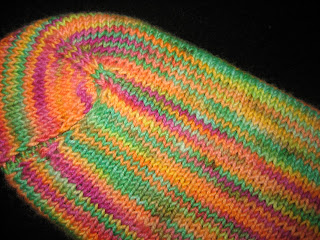 The knitting took my mind off my misery and felt like I was accomplishing something other than watching Michael Jackson news. Watching tv and knitting was about all I could do. I'm still a bit under the flu bug but a lot better, I'm up and out of bed.
Posted by Ana Petrova at 11:18 AM

The sock turned out beautifully, Ana. So sorry that you have the flu!!! Ugh! You looked fine last Saturday at Fairview. I guess the bug hit you fast. Feel better!

Your stitch definition is beautiful and I love the fun color you picked out.