Lost in the Magical Land of Moebii.... 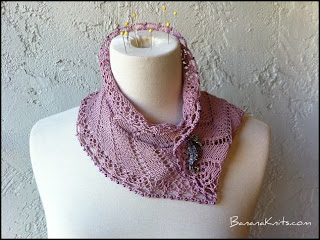 Moebeeei ..... Moebious' ..... ok lots of Moebiuses ...
I think I will go with Moebii because that is what Cat Bordhi is calling them and after all she must know because she is so very clever. The cast on for the Moebius is a bit tricky but not very difficult and once you got that down it's a very easy knit.
What I've been up to is knitting these Mobii. 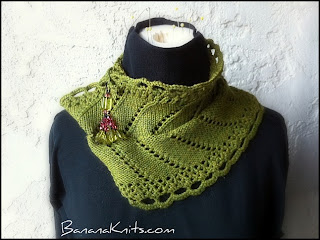 The reason I stopped knitting my stranded vest is because I was getting ready to teach the Moebious at the Slipt Stitchers Guild. When I asked how many hand outs should I print they told me 50. Fifty? Does that mean that there will be 50 people in the class?
Really? 50 people? But I've never had 50 people in a class! But I kind of had no choice I was on the calendar and canceling was not an option. How hard could this be? So I figured I better knit a moebius to kind of freshen up my moebii skills. Well I just can't knit one! It is such a fun and magical thing so I got lost in the land of "Magical Moebii".

One after another I keep casting on for just one more. Now it's warmer outside, ok it's supposed to be 90 degrees today, that is hot and I can't wear wool Moebii so I cast on a cotton Moebius. And then there are the beads, I've lost my head and got into beads! But that is a whole other blog post "Lost in the land of beads..." 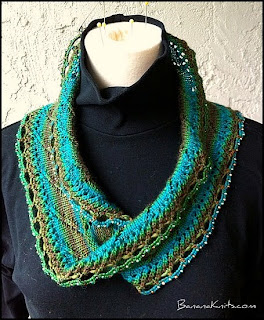 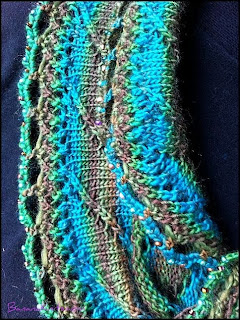 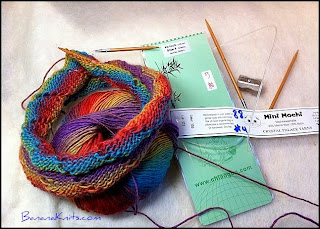 Inspired by Sivia Harding's Harmonia's Rings I designed what I call the "Erroneous Rings". Sivia's pattern does not fit me so this version fits better and is an easier knit. I just cast on for another and I will write down the pattern, I'll let you know when I will have it available. 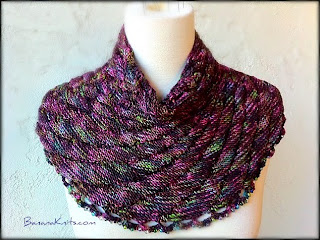 The class went really well and yes there was 50 people in the class and somehow it all worked. I sent ahead the link to Cat Bordhi's video on YouTube for the cast on and her pattern. That way the more skilled knitters had a chance to try out the method and were able to help each other. As I said the cast on is a bit tricky but not hard once you get the idea. Cat did a wonderful job on the video and was kind enough to post it for all to see and learn.
CatBordhi.com
The Moebius Cowl Pattern I've been using. (Only slightly modified)
YouTube Video by Cat Bordhi
Posted by Ana Petrova at 10:35 AM